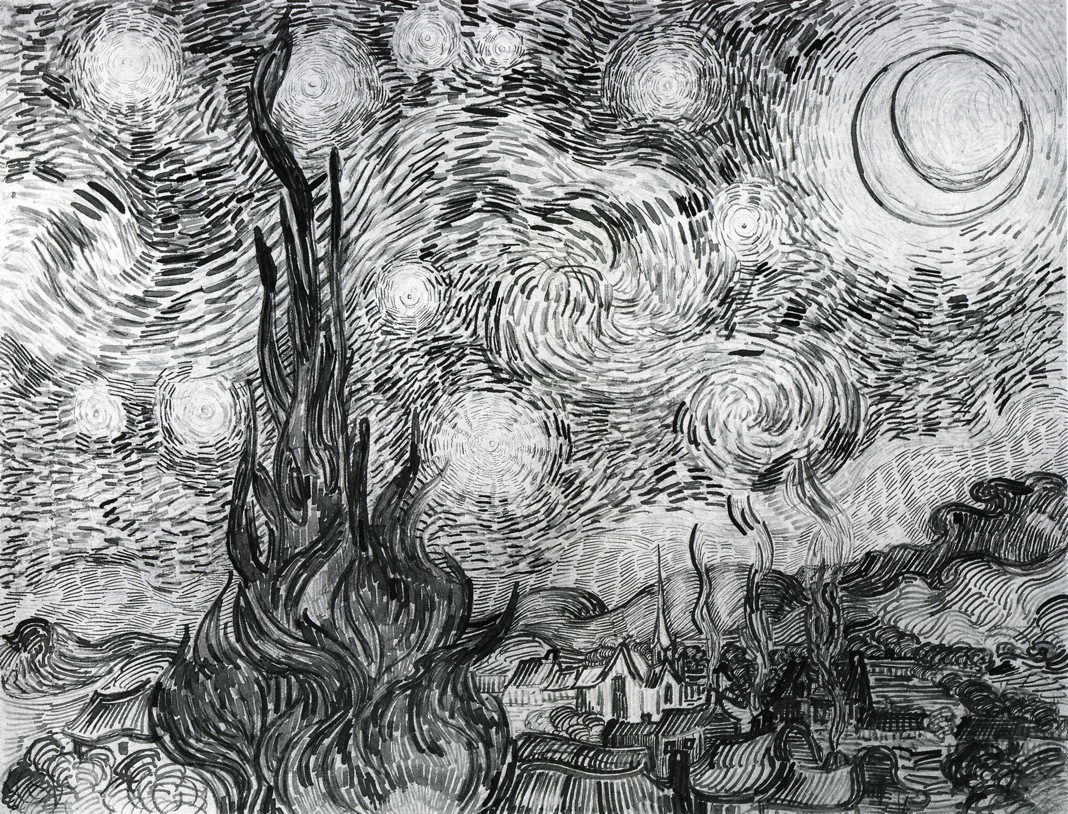 "In a way, Art is a theory about the way the world looks to human beings. It’s abundantly obvious that one doesn’t know the world around us in detail. What artists have accomplished is realizing that there’s only a small amount of stuff that’s important, and then seeing what it was. So they can do some of my research for me. When you look at early stuff of Van Gogh there are zillions of details that are put into it, there's always an immense amount of information in his paintings. It obviously occurred to him, what is the irreducible amount of this stuff that you have to put in... But to say there’s a piece [of cloud] over here with that much density, and next to it a piece with this much density—to accumulate that much detailed information, I think is wrong. It’s certainly not how a human being perceives those things, it’s not how an artist perceives them. Somewhere the business of writing down partial differential equations is not to have done the work on the problem... Somehow the wondrous promise of the earth is that there are things beautiful in it, things wondrous and alluring, and by virtue of your trade you want to understand them.