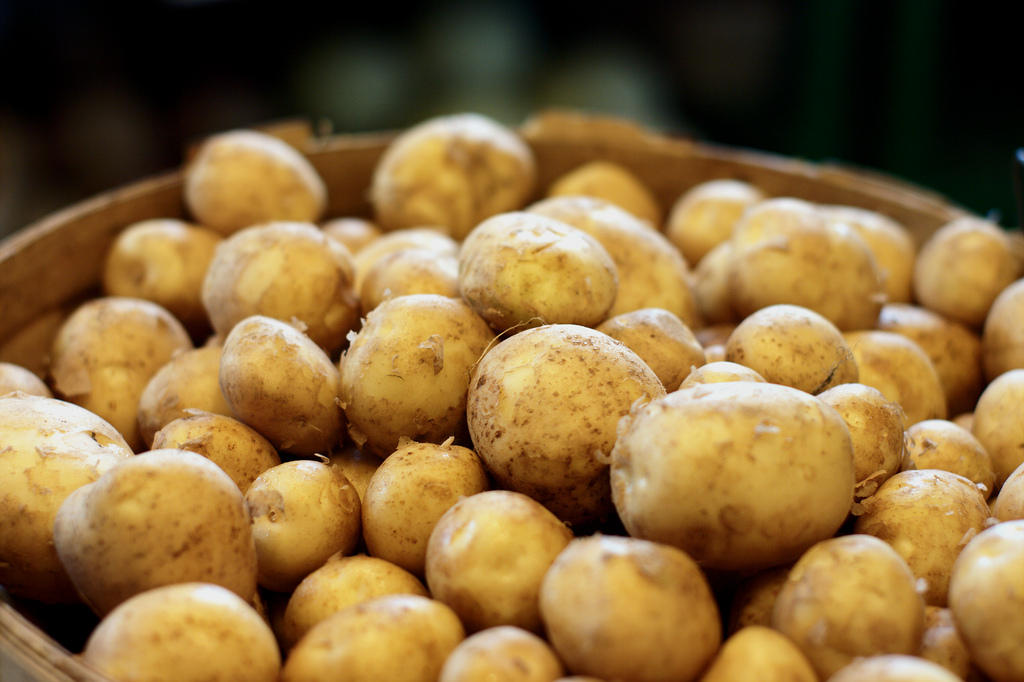 My mother is really no good with recipes.

I have saved an email with the subject “RE: Potato Salad?” in which my mother has typed up a rather normal looking recipe for potato salad (no mustard or peas, that would be cruel). However, after the rather normal looking recipe, there is a paragraph in which she explains which items from the above recipe she doubles, triples, or leaves out entirely. It’s a very roundabout method for recipe writing.

My mother’s potato salad contains no flour, but her hands are lightly dusted in the fine white powder from a previous culinary endeavor. She is chopping potatoes while she describes an excerpt from a book. She’s a thinker, a real thinker, and I wonder how much thinking she does while chopping those potatoes.

In a large pot to her right, water rolls and bounces about in a deceptively playful way, occasionally splashing down the sides to meet a steamy end on the hot glass stove. She lifts and tilts the cutting board and the potatoes gracefully drop in. I am reminded of exactly how graceful it all appears when I suffer burns from doing it myself: the wages of pretending to know what you’re doing.

A fifteen year old knife crunches its way through layered root. Like eggshell the onion falls apart easily and sloppily across the faded wooden board. I’m not convinced she could cut an onion with any instrument sharper than a spoon.

My mother continues to expound on the book excerpt with eyes watering, the occasional sniffle breaking up each well worded thought. She wipes her eyes with the back of her hand, bringing the knife close to her face.

She burns herself testing the texture of a small bit of potato, drains them at the sink in a voluminous cloud of steam, and scrapes out a large measuring cup full of thick Hellman’s mayonnaise (only Hellman’s mayonnaise). The salad now rests in the fridge behind a thin veil of Saran and my mother begins to contemplate which food needs to be prepared next.

This is the real recipe, the parts she’s forgotten to write up. There are a few more pieces: the red wine vinegar, a few spices and egg, but it doesn’t matter: my potato salad will never taste like hers, that’s just the way of things. Try all I might, I do not make my mother’s potato salad, I only make a dim shadow of it.

Image used under license from jamonation.