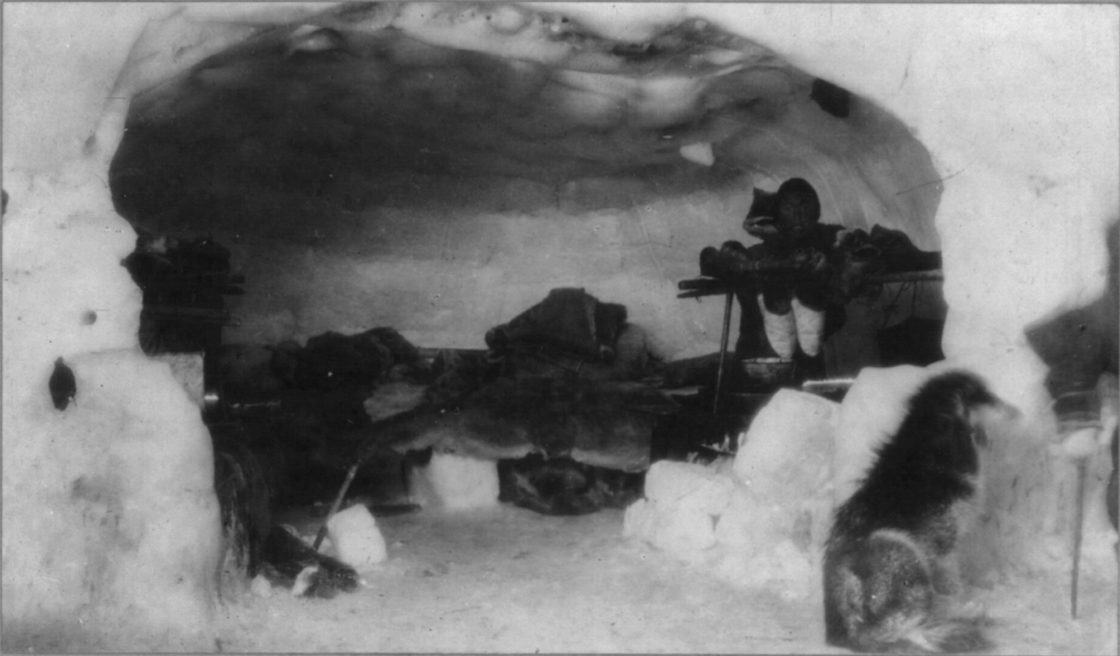 This is part one of a thrilling literary diptych. Be sure to read part II... later.

I had not heard of this rebellion either and I insisted that it had never occurred. My brother insisted it had.

We were discussing this asynchronously over Facebook comments when he finally sent me proof. It was a link to a Wikipedia article describing the rebellion in detail. This was in the wild wild west days of Wikipedia before anyone knew what it was and when you couldn't cite Wikipedia for anything (my grandmother may have confused Wikipedia with Wika-pedia: a knowledge base for witchcraft, and I wasn't sure if they were the same or not).

Reading through the Wikipedia page, I was pretty astounded. It was an amazing story and although the article was short, it seemed the rebellion had actually happened. How odd. I read it again, it almost sounded like my brother. One last curiosity: I clicked the Wikipedia history button and saw that the page had been created only 1 hour ago by someone with a very suspicious user name. My brother had made up an odd historical event for NO REASON, going so far as to create a decent looking Wikipedia page about it, complete with sources that led nowhere.

That, my friends, is dedication.

I tell this story because I recently made an edit to a Wikipedia page and I would like to be congratulated on it.

Thank you--yes, thank you...that's right, yes I made a Wikipedia edit-- and it was on a pretty smart thing too. A smart thing that has pushed me over the edge and made me want to experiment-- well hold on, let me back up.

Let's start with a German, briefly discuss Eskimos, then get on to thinking about technology.

Jakob von Uexküll (Uexküll? I hardly Uexk-him!), was a Baltic German biologist that lived around the turn of the 20th century. Uexküll was also a biocyberneticist who theorized before the field of cybernetics or robotics even existed. He wanted to understand organisms by how they processed information and was fascinated, in particular, by the how organisms perceived the world. If you Bing his name, you'll find he is the inventor of the concept of an Umwelt.

Here's something nifty: when a human puts their head underwater, they can no longer triangulate the origin of a sound.

The waves propagate through the water and evenly through the bones of the skull. This means we don't have stereo hearing underwater. Narwhals (and many other whales) have audio canals completely isolated from one other--no bone from one can find a bony pathway to bones of the other--which gives them stereo hearing and thus triangulation underwater.

A beluga whale knows the boundary of the shore by only echo location, and enjoys a limited sense by which it can feel a wet willie in its gigantic stereo-enabled ear canals (what a shame).

So the walrus, the narwhal, and the beluga have separate Umwelten. They perceive the same physical world differently than each other, and much differently than us. Jakob von Uexküll found this fascinating.

Regarding the common, bloodsucking tick:

"...this eyeless animal finds the way to her watchpoint [at the top of a tall blade of grass] with the help of only its skin’s general sensitivity to light. The approach of her prey becomes apparent to this blind and deaf bandit only through her sense of smell. The odor of butyric acid, which emanates from the sebaceous follicles of all mammals, works on the tick as a signal that causes her to abandon her post (on top of the blade of grass/bush) and fall blindly downward toward her prey. If she is fortunate enough to fall on something warm (which she perceives by means of an organ sensible to a precise temperature) then she has attained her prey, the warm-blooded animal, and thereafter needs only the help of her sense of touch to find the least hairy spot possible and embed herself up to her head in the cutaneous tissue of her prey. She can now slowly suck up a stream of warm blood."

Does there exist a translation? A function that maps the Umwelt of a tick to our own?

One day, far in the future, when the tick is on the brink of extinction, we will sit down with our Universal Translators (it's just an iPhone app, not yet available on Android) and ask how we can help. Siri will extend her instruments, like a mind-reading Star Wars probe[1]The floaty orb with needles-- the resistance of which is our first indication that Princess Leia is force sensitive., taking electrical readings, bits of semiochemicals, and audio. We wait, we're impatient; is this stupid cell signal going to space and back? The great tick extinction will soon be brought to an end, we just needed to ask for a translation. Siri will proudly announce her findings: will she have an answer or will she confidently state "Let me do a web search for you?"

That brings us to Eskimos.

In his incredible book, Arctic Dreams[2]Why waste more time reading this blog? I'm a NOBODY. Read this book!, Barry Lopez describes the effort by Western scientists to understand the Arctic. There is a loosely knit people group native to Alaska, Canada, Greenland, and Russia[3]Interestingly, not that loosely. Even given the tens of thousands of miles between them, they share recent ancestry and just a handful of dialects from the same language. See https://en.wikipedia.org/wiki/Eskimo%E2%80%93Aleut_languages . called the Eskimo that have lived there for thousands of years. They know the land so well that maps drawn from the memory of a seasoned Eskimo hunter rival maps created from satellite imagery. Eskimo have known for centuries that the fats farthest away from the core of a caribou congeal at lower temperatures. Caribou feet are much colder than caribou chests but they still need lubrication, and thus Eskimos have used these fats to oil bowstrings in freezing temperatures.

Stefansson [an Arctic researcher] was once asked by an Eskimo to whom he was showing a pair of binoculars for the first time whether he could "see into tomorrow" with them. Stefansson took the question literally and was amused. What the inuk probably meant was, Are those things powerful enough to see something that will not reach you for another day, like migrating caribou?

In the Arctic, as Lopez explains, compasses don't work. The sun takes complex paths through the sky that may not repeat for hundreds of years, let alone after 24 hours-- all the while, islands of ice are in an endless dance between strange attractors. An Eskimo cannot regard time and space in the same way that I do.

The problem is that Western scientists cannot get this wisdom from Eskimos because they cannot communicate with Eskimos.

The Eskimo and the Western scientist are looking at the same inputs through similar mechanisms. They have biologically similar receptors, yet they operate in vastly different Umwelten. The difficulties of communication between Umwelten are not reserved for organisms of different, "unintelligent" species, they happen between two humans.

In 1828, my third favorite mathematician, Carl Friedrich Gauss[4]"At just three years old, he corrected an error in his father payroll calculations, and he was looking after his father’s accounts on a regular basis by the age of 5. At the age of 7, he is reported to have amazed his teachers by summing the integers from 1 to 100 almost instantly (having quickly spotted that the sum was actually 50 pairs of numbers, with each pair summing to 101, total 5,050). By the age of 12, he was already attending gymnasium and criticizing Euclid’s geometry." - https://www.storyofmathematics.com/19th_gauss.html, disappointed cartographers the world 'round by proving the gloriously named Theorema Egregium. One small result of the theorem was proving that there existed some sort of measurable, inherent difference between a sphere and a plane, and that no function existed between the two that preserved distance. Such a function is called an isometry. This is why, on most maps, Greenland looks as big as Africa, when in reality the latter is about twelve times the area. For whatever reason, or rather as a direct result of reason, a planar map will always present a distorted image of the globe.

It only took the Universe 13.8 billion years to figure out that round pegs don't fit in square holes[5]Unfortunately for my analogy, there may be an isometry from a round peg to a square one.. And yet we struggle with this result, constantly.

From my Umwelt, Uexküll is expressing the same idea that Gauss did a century earlier. Lopez writes about this same phenomenon in different garb a century after that. Each of these brilliant humans are expressing it through a different lens: a mathematician, a biocyberneticist, a naturalist.

This is a programming blog and I dabble. So let's have it. Umwelt, Eskimo, isometries-- these are all different ways of thinking about the same thing. I'll sum up what Gauss, Uexküll, and Lopez would probably agree on: there exists no isometry between Umwelten.

How do I express isometries between Umwelten not as a biocyberneticist or a mathematician but as a blue-collar programmer? Let me have a go.

This designer is a beluga whale and this one a tuna. The programmer down the row is a mushroom and the programmer next to her is some sort of arthropod. Not only do they have different ideas in their heads because they are different people, they have entirely different sense organs. How do we go about constructing isometries then? How do we get these people to understand each other? The Eskimo has wisdom to offer the western scientist.

Alright everyone, grab your baseball bats and strap on your sock-garters because we're about to shatter the bust of Gerardus P. Mercator that's long taken up valuable mantle space. Better projections have been invented since the 1500s, it's just that few have bothered to care. Not me! Color me whatever shade of overly optimistic you'd like but in the next post, we're going to square the circle, vote meaningfully in a non-swing state: save our Schrödinger's cat and eat it too.