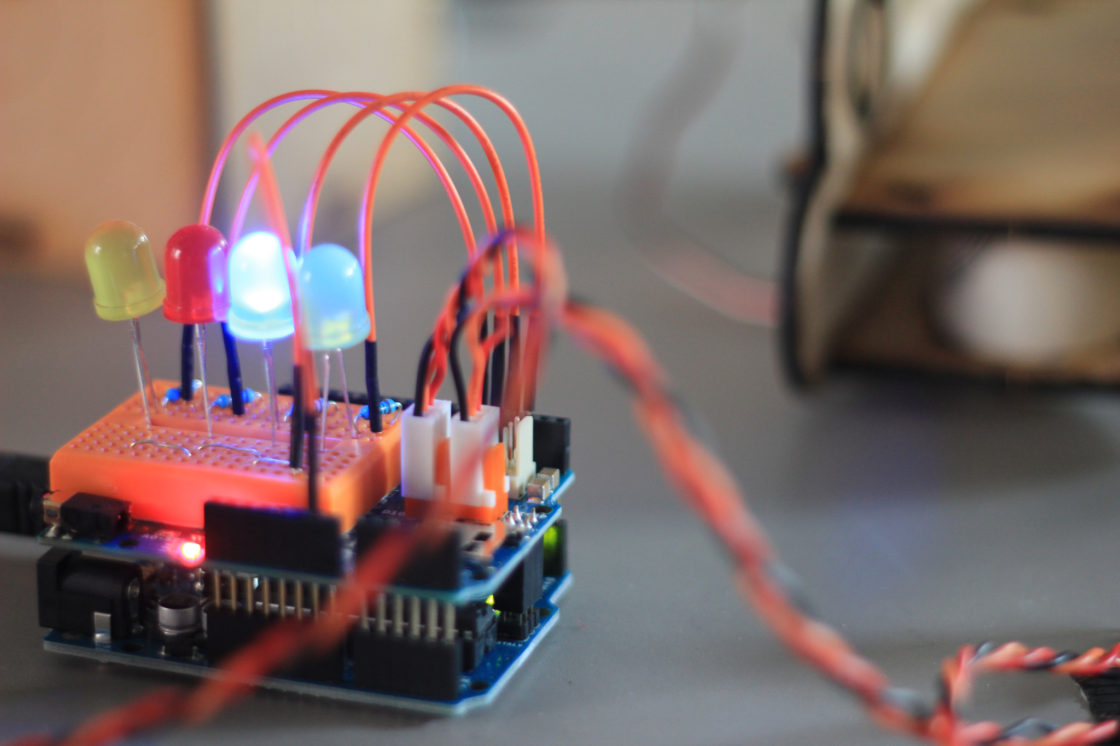 Avrdude Part I: Setting up an Environment

I have a self-imposed rule: any technology I use at work, I am not allowed to use in my spare time. I don't always follow this rule, but I generally do. It's part of my greater philosophy that people should go broad, not narrow. Specialization is a crippling strategy, especially for engineers, artists, writers, landscapers, dry cleaners-- you know now that I think of it, specialization may be crippling for everyone.

As my last post alluded to, I've been working with Arduino. I've done teensy stupid projects before, but I've been very curious to try-- you know, a real project. Like, for-realsies.

One of my biggest problems with the Arduino project (and maybe with C/C++?) is that it has a horrid mechanism for sharing code. With Arduino, you're expected to copy source for common libraries into a specific directory. Then you have to add that library to the project in one of many weird ways that depend on the tool you're using. Then you cross your fingers and half of the time it works. What's more, the source for these libraries is pasted in forums or in their docs-- be sure to scroll down or you might not see there's a new version because the old version was rubbish and needed a rewrite. It's an absolute garbage method of sharing code.

So I started what may be (and really-- it pains me to say this) the most robust Arduino repository on GitHub. It's a set of shared (or core) libraries for the Arduino projects I've been working on. Take a peek here.

The first step in making more-than-prototype code for Arduino is sorting out a good development environment. I think I have some real advice here because, to my knowledge, I've tried all of the options for developing Arduino projects. At least all of the major ones.

I supplement make with gradle scripts that do all the other small bits and pieces, like generate documentation, create new project templates, run tests, upload to device, etc.

If you take a look at the root level makefile, you'll see its calling into the subprojects. This way I can call make from any level-- root or a specific project.

For the sub-projects, like the makefile for the database library, it's really not that complicated.

It's pretty well documented in source, but the main idea is that it compiles:

I have to use two separate toolchains: x86 and AVR. The test executable and the static library are built using the x86 compiler. I could also build AVR static libraries, however, the compile flags change depending on your board-- so I would need a static library for every configuration.

If you take a look at the properties.mk file, you can see the compiler flags and other setup:

For unit tests, I'm using catch. It's a single include!

The last part of setting up a good environment is the other miscellaneous tasks that need performed. To fill in these cracks in a cross-platform way, I am using gradle. Read the build doc to see what I'm talking about, but basically there are gradle tasks to build (this just calls make), generate documentation, run test executables, or generate a new project.

This post is quite long. Kind kicking myself that I didn't do it in verse-- it would be the first true Arduino Epic! Next time, I guess. In my next post I'm going to dive in to some of these subprojects. It's been a fun little experiment, so stay tuned.